In my younger days, I was a big metal head. I loved hard rock and I went to concerts every chance I got. Perhaps it was because I was completely incapable of playing any musical instrument myself (a brief stint with the clarinet in the 4th grade made this clear) that I got so excited to see big acts in action when they came to town. If nothing else, they were doing something that I only wished I could do, and that was worth my hard earned money.

Jump ahead 10 years, and you’ll find that I’m still the same kid that gets stoked to see my favorite musicians in action. What’s the difference these days? Well, I suppose I’ve gained a few pounds and lost a bit of hair… oh, and I’m a card carrying member of the Media Elite. While days at “the office” are often times tedious and stressful, every once in a while this job pays off in the form of something special… AKA access to something that normal people (or “normies”) don’t get to do. It’s those days that justify the hours spent in brutal snow storms or deadly heat that us journalism junkies must routinely face every year. Is it worth it? Depends on who you ask… but today, I would say yes.

Back in my college days, I got hooked on a band called A Perfect Circle. Their second album, Thirteenth Step, came out my sophomore year, and when I listen to it today I still have flashbacks to the madness that was my higher education. Me and the crew made a road trip to Salem to check them out back then, and they were unlike any band I’d seen before.

So when I heard they were playing here in Sactown, I knew I couldn’t miss out on catching up with my ol’ college chums in APC. 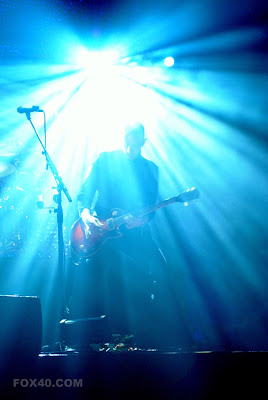 Back together after a 7 year hiatus, the band, led by Tool frontman Maynard James Keenan, was just as awesome and strange as I remembered. Before the show even began, I noticed a sign stating that “Tonight’s show is similar in nature to an opera or a film. Any disturbance from the audience will compromise the quality of the performance.” Not what you’d expect to find at your typical rock show… 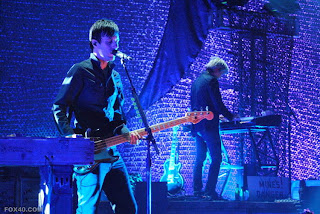 But APC is far from your typical rock band. No pyros, no video screens, and no spotlights. Just a bunch of musicians playing their music perfectly. For the entire show, Maynard was little more than a silhouette against the background lighting, barely even acknowledging that the audience was there. 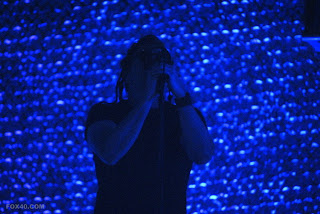 But that’s just part of what the band seems to be all about. Creating an experience, not just your run-of-the-mill rock concert. Aside from Tool, I’ve never seen a show comparable to what these guys put on, and that’s one of the reasons that I keep coming back. 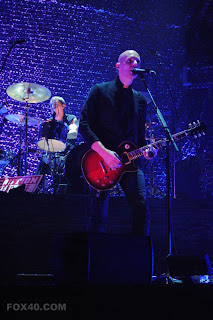 It should also be noted that photo restrictions were surprisingly strict for this show. I was the only photographer there, and they only allowed me to shoot the first two songs (usually it’s three). After those two songs, I had to take the camera back to the car before I could watch the rest of the show, and throughout the performance, anybody whipping out their cell phone for a snap was quickly accosted by the venue security. They weren’t kidding about those warnings… these guys were there to put on a performance, and they didn’t want any distractions. While that is kind of a bummer for fans that want to brag about their evening on Facebook… I still think that’s pretty awesome, and helps add to the mystique of the band. 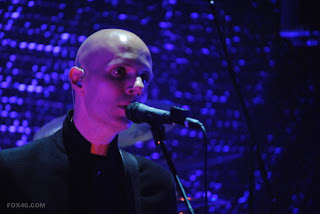 But they played a solid 90 minutes, and left the crowd in awe. It was much more of an “experience” that your typical rock concert tends to offer, and I was very much impressed. Glad to see these guys are back around so that I can relive my “youth”.