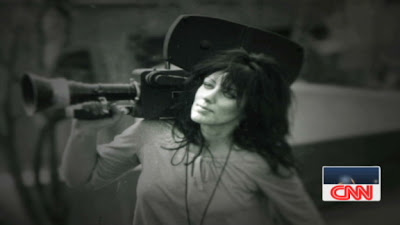 Margaret Moth, nee Wilson, (Aug. 21, 1951–March 21, 2010) was born in New Zealand but became a citizen of the world, traveling to remote and dangerous destinations as if compelled to see and document history as it happened.

Margaret was, first and foremost, her own person. Flaunting convention, she decided that she should have a last name of her own choosing; not one belonging to her father, or at some time perhaps, her husband. So she became Margaret Gipsy Moth, chosen for the Tiger Moth airplane she often sky dived from. It would also seem to allude to her lifestyle which might find her in any corner of the world on a moment’s notice.

Reported to be the first camerawoman in New Zealand, Margaret became a photojournalist for CNN in 1990.

Margaret stared down danger and went into life-threatening situations with a disregard for her own safety that often startled her traveling companions. It is reported that she never viewed herself as heroic. She was so totally focused on recording the story around her, as it was taking place, she often stepped directly into harm’s way. Even after being shot in the face by a sniper’s bullet and losing most of her teeth and part of her jaw and tongue in July of 1993, she returned to the Sarejevo war zone in 1994.

She did not consider herself especially courageous but her colleagues did and proved it by bestowing numerous awards on her for her work.

Margaret Moth never cared what the establishment thought was proper behavior or ‘women’s work’. She just went after what she wanted with intellect and wit. She pursued her passions and never whined.

Though she lost the battle with colon cancer, she faced it with her own style and flair and never wavered in her bravery. Margaret Gipsy Moth represents the strong, confident women of all ages who give us hope and inspire our future. 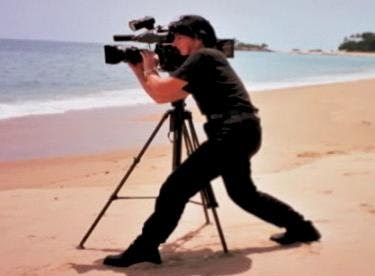