Cinco de Mayo has become one of the great American holidays, which is to say it’s joined St. Patrick’s Day, New Years Eve and the Super Bowl as a day where you can get boozed up and party without the overbearing judgement of society. And when it comes to partying, Sactown isn’t known for calling it an early night.

Or day, as the case may be, as for the past several years there’s been Cinco de Mayo concerts thrown in town, featuring some notable names. A few years back, I joined Akon on stage for a very rainy fiesta (all I remember is that he kept yelling “convict music”… still not sure what that means). Jump forward a few years, and you’ll find that the event has upgraded both its artists and its venue. 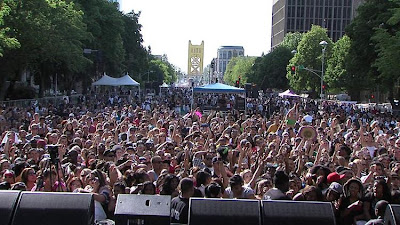 After closing down a few blocks along the Capitol Mall, Sactown was ready to party. And what says Cinco de Mayo better than some hard core street rap! 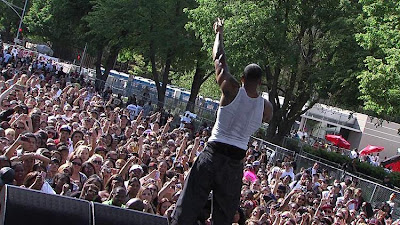 FloRida (whose songs can be found pretty much anywhere these days) was the main act, and you’d better believe he brought plenty of “shawdies” along to party (another term I find confusing, as none of these women were particularly short). 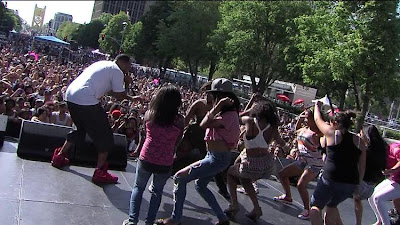 While I wasn’t entirely sure who the guy was at the beginning of the day, I was pleased to discover (as I was on stage with him) that I was well aware of every song that he performed. And (unlike some other acts), it appeared as if he was actually singing all of his songs himself (I know, right?). Not bad, Mr. Rida. If I were to find myself stumbling upon him performing again (preferably at no monitary cost to me), I’d be happy to stick around and jive to some of his fancy jigs. 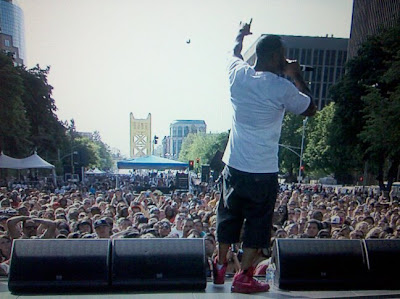 But Flo wasn’t the only one hippin’ and a hoppin’ around the stage. Nelly, whose songs all seemed to remind me of things people said in high school, was also present and ready to “Ride Wit Me”. Well, maybe not me, but you know… other people (probably “shawdies”) 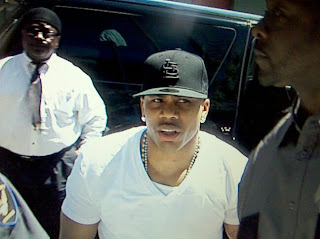 I caught up with Mr. Nelly on his way out of the venue for a few quick words… turns out he’s a fan of local sports anchor Jim Crandell (which is to say, JC is a big fan of his). He offered these words to the local sports guru…

Yeah, I’m not sure what he said either, but I’m pretty sure he finished it with “I’ll kill ya later!” Is that what kids are saying these days instead of “see ya later”? I’ll kill ya later! Man… this adventure really made me feel old and out of touch. Doesn’t anybody listen to Europe anymore? What a crazy world we live in.

I’m really hoping that next year they can throw in Slayer or perhaps Testament to the line-up, because… you know… that makes just as much sense for a Cinco de Mayo party as Nelly or FloRida.