The Day Foo Came to Town

Lets say that one day I become the drummer of a famous band. Let’s also say that the singer of this band will be treated like a god. I gotta say, I might get a little jealous and wonder why I hadn’t done things differently. Continuing with this hypothetical, let’s say the afore mentioned singer leaves (one way or another) and the band breaks up, essentially granting me a mulligan. When forming a new band, should I continue with my drumming ways that led to my fame and fortune, or should I step out front and join the ranks of the mighty rock gods? Fortunately I have no musical talent, so this isn’t a situation I ever imagine myself wrestling with.

On a completely unrelated note, ex-Nirvana drummer Dave Grohl brought his little song-and-dance production known as the Foo Fighters to town on Tuesday, where he was met by a respectably sized crowd at Sacramento’s Power Balance Pavilion… and judging from their enthusiasm, Grohl should be considered among the top in his game. 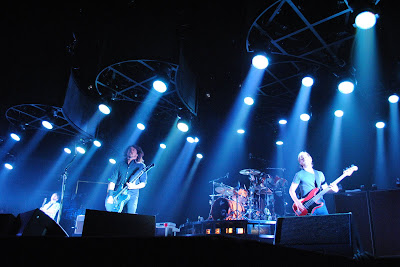 Although I must admit, when compared to every other rock frontman on the scene today, Dave Grohl probably comes across as the biggest dork among them. I don’t mean that in a demeaning way, I’m just saying that when he tries to banter with the crowd or chat with his bandmates, I can’t help but picture an awkward, dorky guy in high school who is trying to act cool. This was punctuated by the fact that he would tuck his hair behind his ears every time he dropped an F-bomb.

But then he’d start playing one of their songs, and his rock god status seemed much more justifiable. Where’d that dorky guy go? 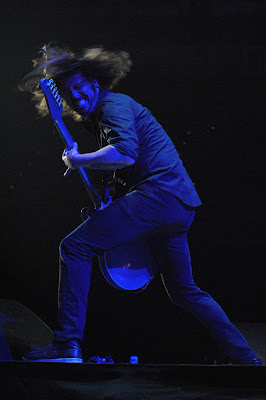 For over two hours, they tore through their catalog dating back to the mid-90s. There was a good amount of new stuff, which is usually a burden on any concert… but when the new stuff is solid (and is recognizable through regular radio play), there’s really no reason to complain. 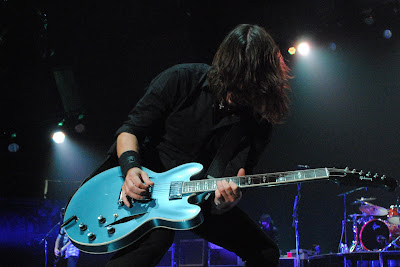 But make no mistake, Grohl was the one in charge on stage. Aside from some chatting and singing from the drummer, the rest of the band remained in their spots and had minimal interaction with the audience. Dueling guitar solos between Grohl and lead guitarist Chris Shiflett was an entertaining interlude half way through the show, but otherwise this was primarily the Dave Show. 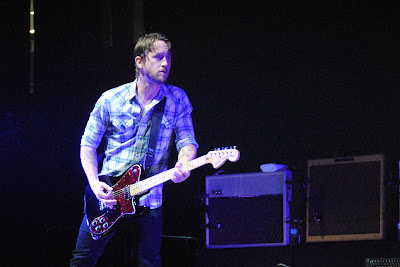 That’s not to say the rest of the band didn’t sound great, especially when cranking out recognizable hits like “Monkeywrench” and “Pretender”. After a 23 song set, including a 5 song encore that concluded with “Everlong“, these guys justified their recognition in the world of rock. Really a solid, high energy show that left the audience more than satisfied. 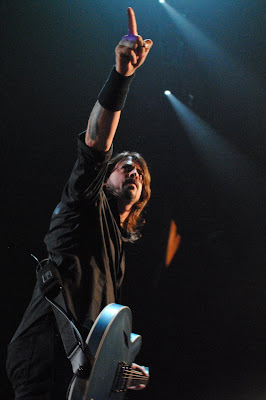 Not bad for a dorky ex-drummer. Now if we could just get Krist Novoselic doing something again…