Working in the world of journalism can be a fascinating adventure, as every day brings with it a new challenge and experience. You never know where you’ll be or what you’ll be doing once you walk through those doors, yet you’ll have to figure out how to sound like an expert on the subject by the end of the day. I’ve seen a fair amount in my years, but last week offered a challenge that I had yet to come upon… covering a story that I can’t even pretend to be interested in.

Daytime talkshow host/DJ/former linebacker Wendy Williams was in town for a live show, and I was tasked with chasing her around town and formulating it into some sort of narrative. I stepped up to the challenge, but quickly realized that I am not really a part of their targeted demographic… mostly because I don’t give a darn about shoes, celebrity fatness or wigs. But that didn’t mean I wasn’t going to give it my all. Let’s do this!

The day started off with a visit to celebrity mayor Kevin Johnson, who declared it “Wendy Williams Day”. What does that mean? I have no idea, but I assume it will be added to my calendar next year with other meaningless holidays like Boxing Day and Valentine’s Day. But as long as I get the day off work, I’m in! 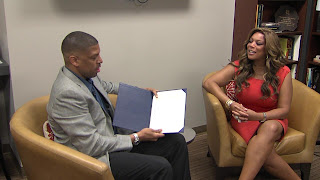 Then it was back to the station, where W.W. took a tour, snapped some quick pics with staffers and shot a few promos. In-and-out in about 20 minutes before she was on to the next stop. I’ll tell ya, being famous must be exhausting! 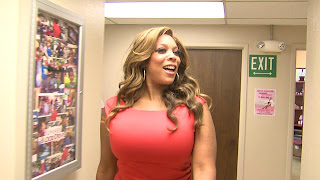 Then it was off to lunch with contest winners before her show. As they ate, I wandered through the casino and found a massive line of rabid Wendy-ites waiting for the show to begin. They kept shouting “How ya doin?” as I walked down the line with my camera. “Fine!” I kept yelling back, wondering if perhaps I was looking ill or something. Probably just the exhaustion kicking in from chasing that woman around. 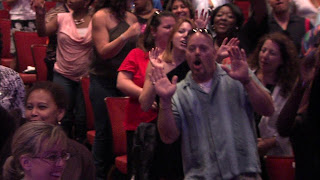 Finally the show was ready to begin, so I slipped backstage (with famed celebrity journalist Alfonzo Beta) and caught her for a brief interview before she hit the stage. 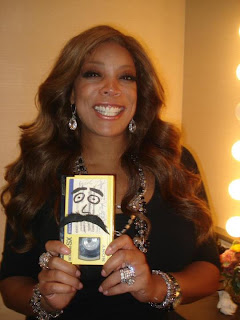 The show was interesting… basically the same as her TV show, with gossip and such mixed in with personal stories. 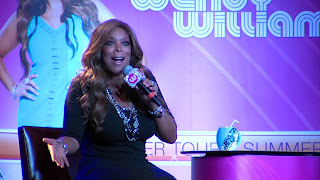 After about half an hour, I slowly got to the point where I just couldn’t take any more talk about who’s-dating-who and what kind of handbag is in this season, so I slipped out and headed back to the shop. After all, it was getting late, and I still had to figure out how to craft this into something that perhaps non-fans would be willing to sit through.

While her show and subject matter aren’t quite my cup of tea, I will say she was lovely and left her fans happy and excited. As for me, I’m just amazed that after running around at that pace all day, she could still get up on stage for an hour and perform with the same intensity that she does on TV. I really don’t think I have the stamina (or patience) to be famous.